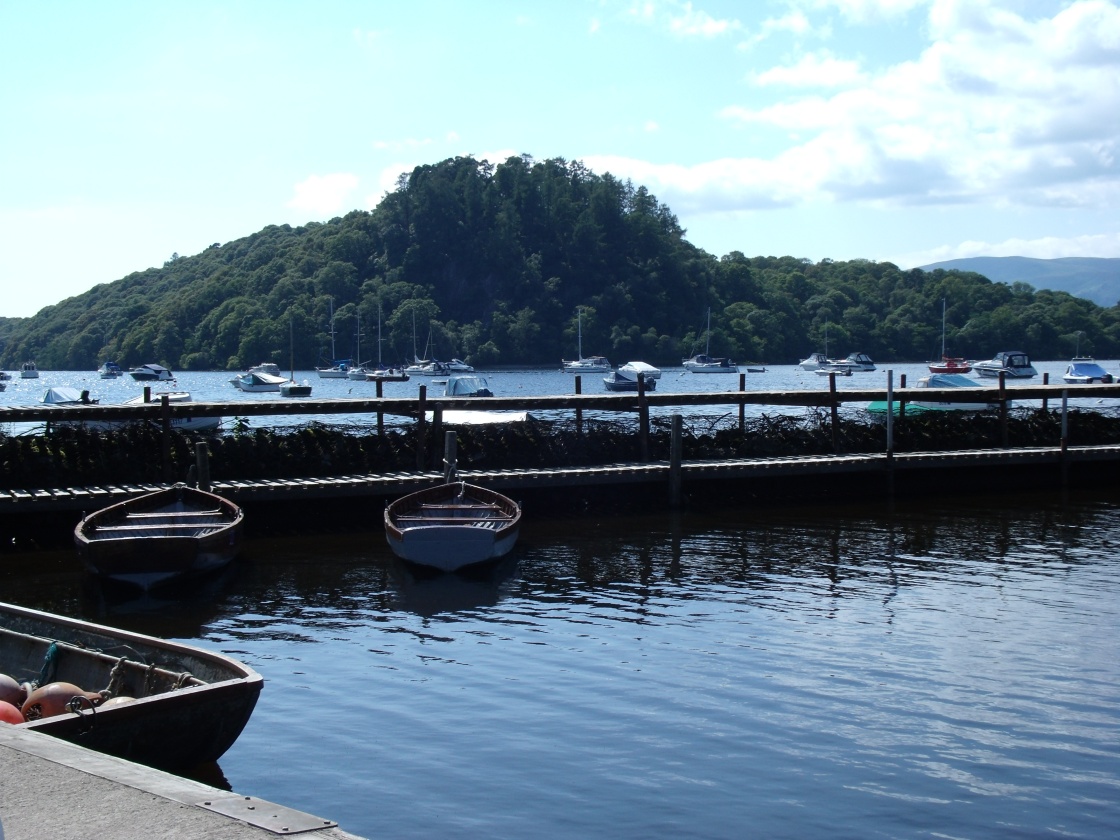 It was late July when I visited Inchcailleach, the old name for this island, now known as Inchcailloch.  The name is Gaelic for ‘Island Of The Old Woman’.

I sailed from Balmaha on the Lady Jean, one of many small boats owned and operated by the MacFarlane’s  boatyard. 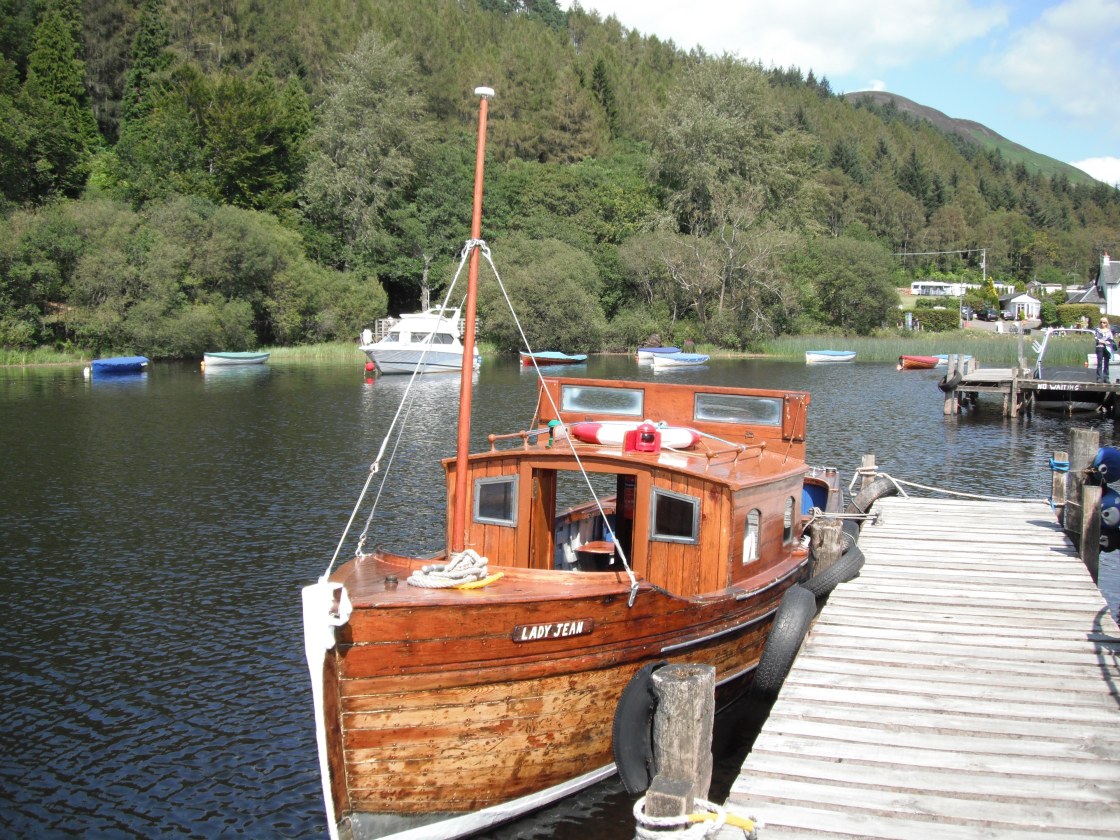 First, a couple of videos of my trip in the Lady Jean, a charming little wooden boat, one of several,  that sails from MacFarlane’s boatyard.

Immediately on landing, I felt the uncanny feeling of total peace that pervades this little paradise.

I divided my exploration into two consecutive afternoons.  The first day, contenting myself with visiting the old churchyard.  On the second, I climbed the island’s highest point, getting a photographic record along the way as I walked in the steps of the old woman. 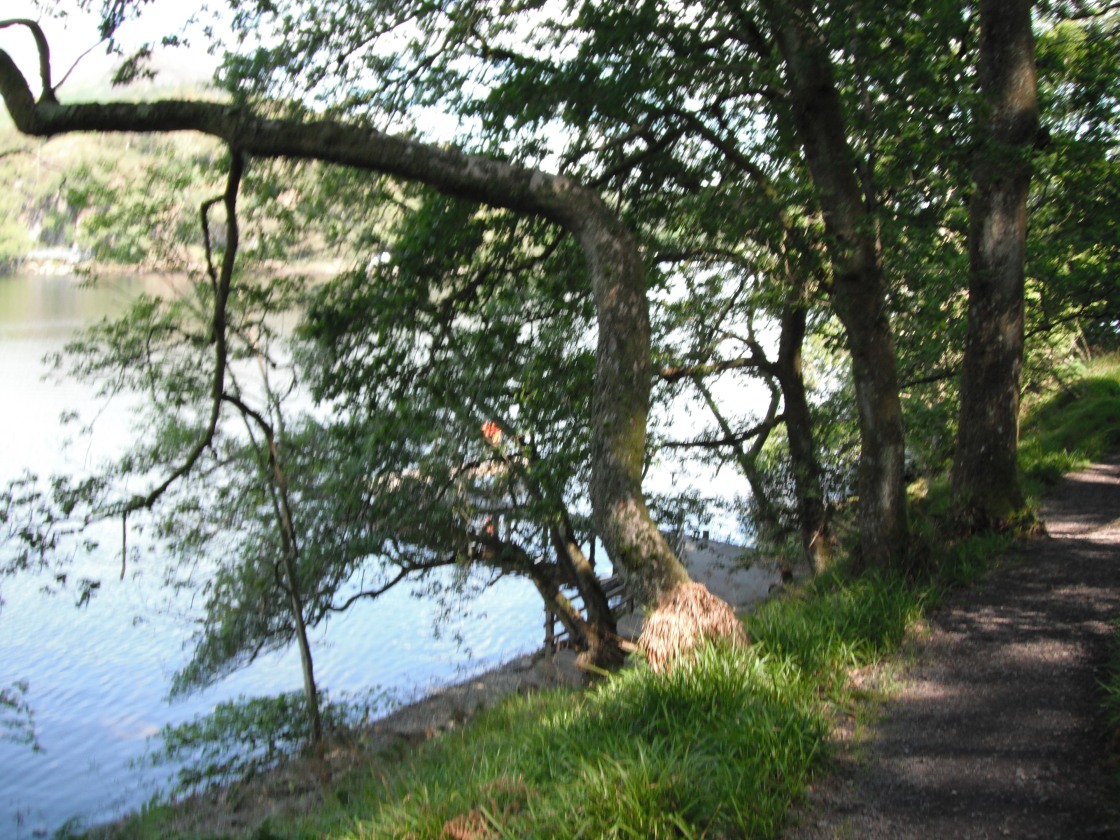 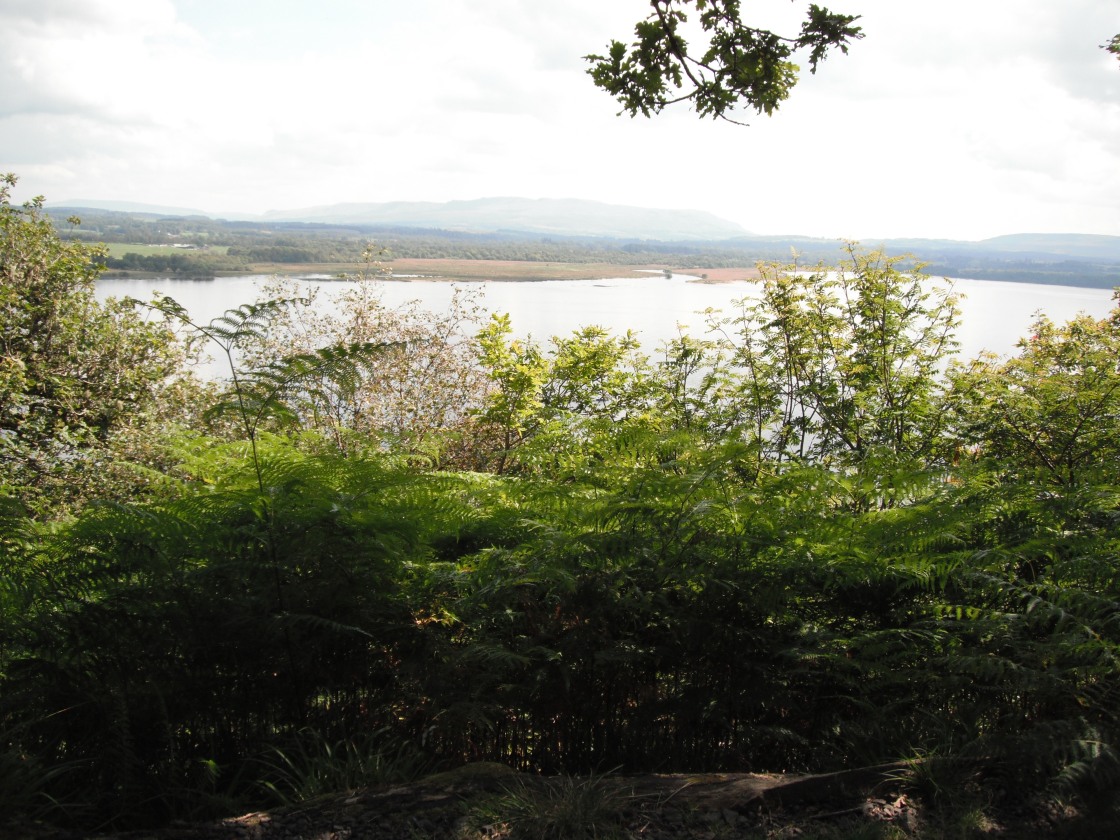 View from top of Inchcailloch

The following information I got from the internet.  The old woman in question was St. Kentigema (mother of St Filan) who in 717A.D., came from Ireland with her brother and son, settled on the island and made a big enough impression on the populace of the mainland to have, in the 12th century, a church built in her memory.  To this house of worship, for the next 500 years, the local mainlanders came each Sunday, rowing back and forth. 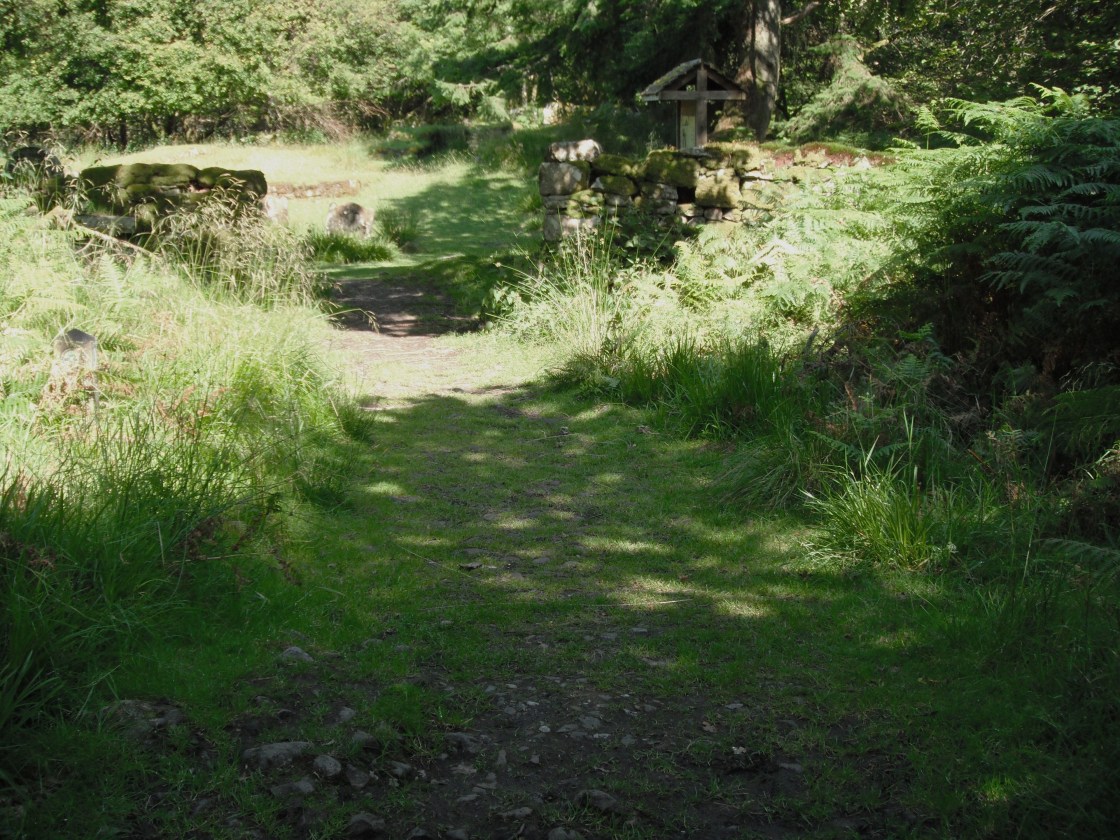 Here, the community graveyard was also situated.  The foundations of the church are still intact as are many of the more recent grave stones. Most of the ancient ones are long covered and overgrown with grass, but two old, if not ancient ones, remain above ground. 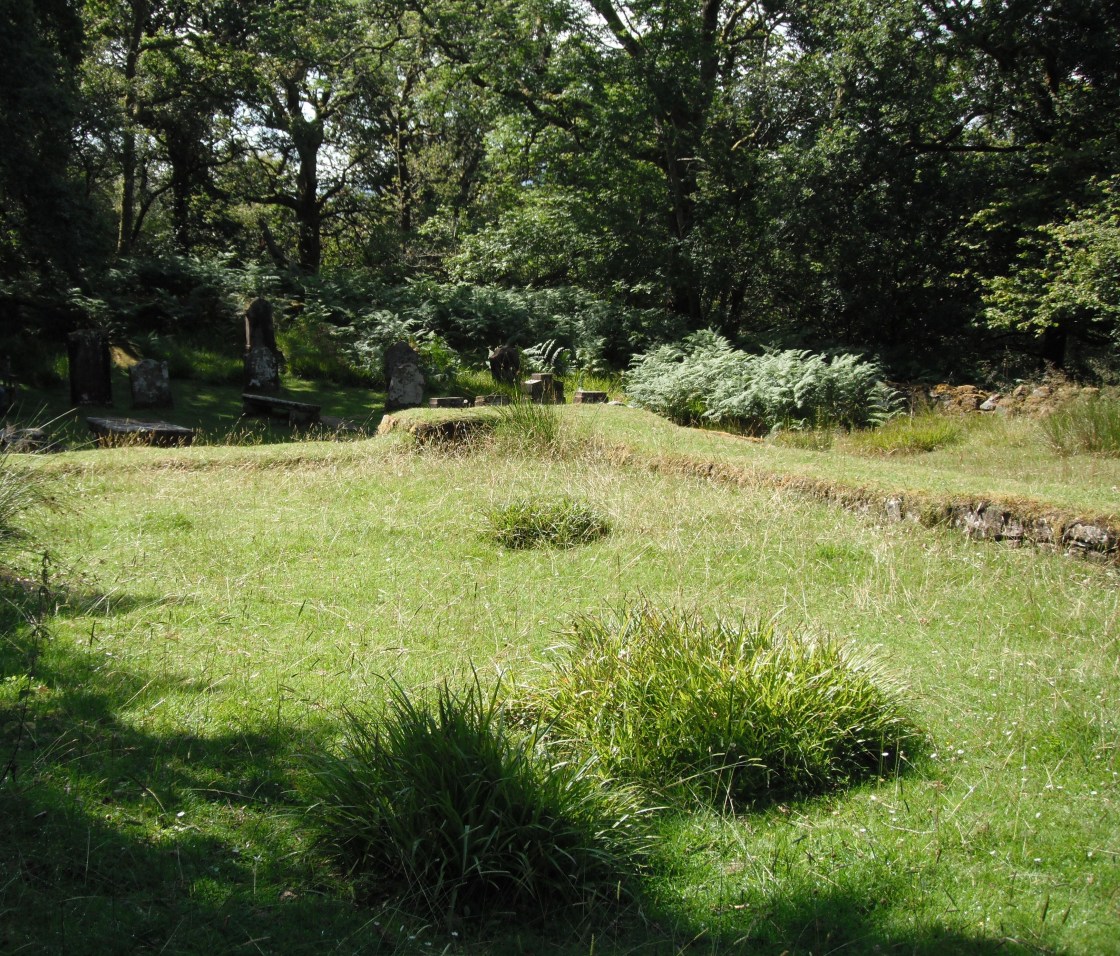 The  names most common in the graveyard are MacFarlane and MacGregor.  The two  oldest stones  still reportedly visible and identifiable are Gregor MacGregor 1623 and Duncan MacFarlane 1783.  Gregor MacGregor was clan chief and an uncle of Rob Roy MacGregor, who, some claim, is also buried here.  Conflicting claims have him buried at his home town near Stirling. 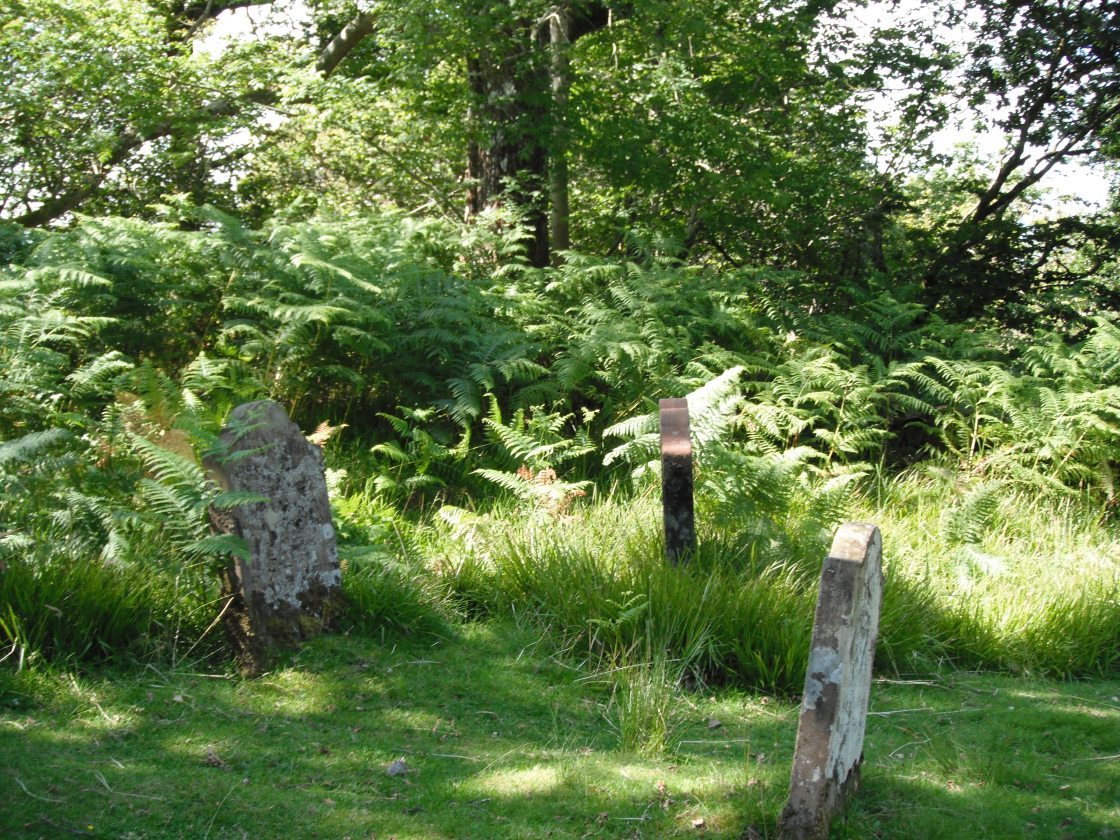 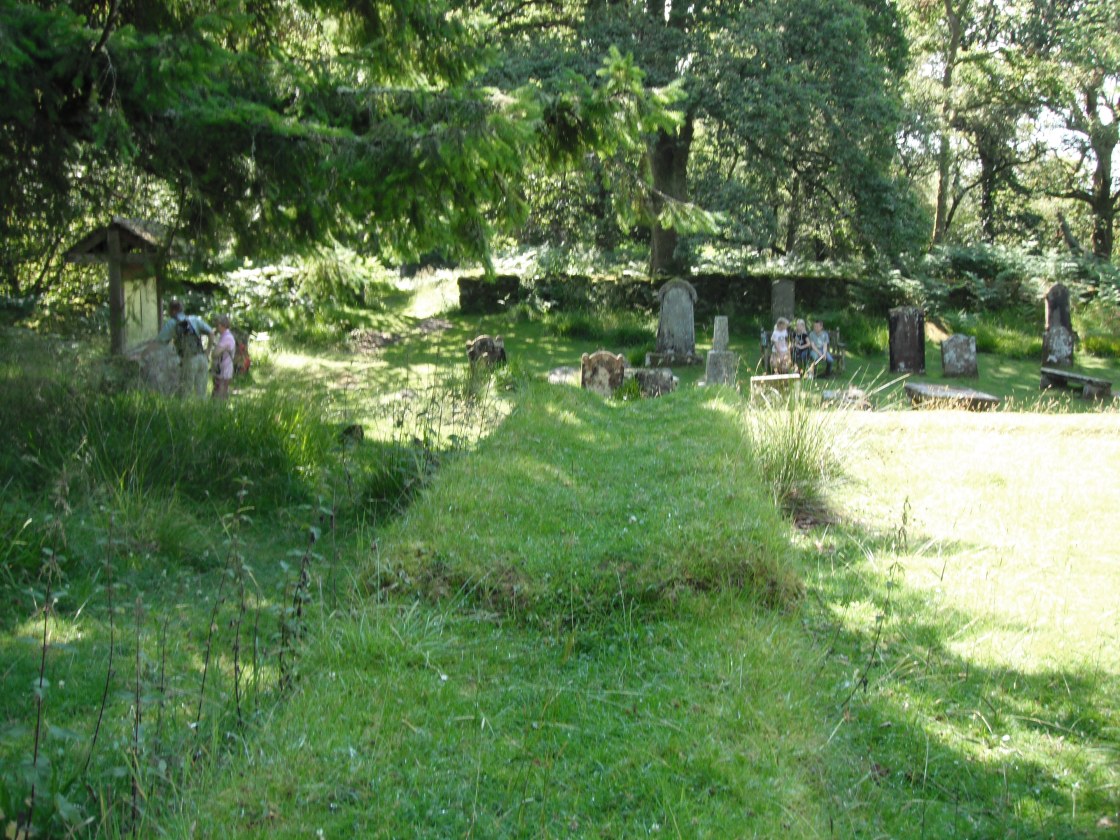 In a corner of the churchyard is a covered storage area that houses remains of the original 12th century church building.  Below is a photograph of a few of these amazing relics.  In Scotland’s wet, inclement climate, it’s miraculous that they have survived in such perfect condition. The stones that were used to build the church proper would have been recycled when the farmhouse and other structures were erected shortly after the house of worship fell into disuse in the 17th century. 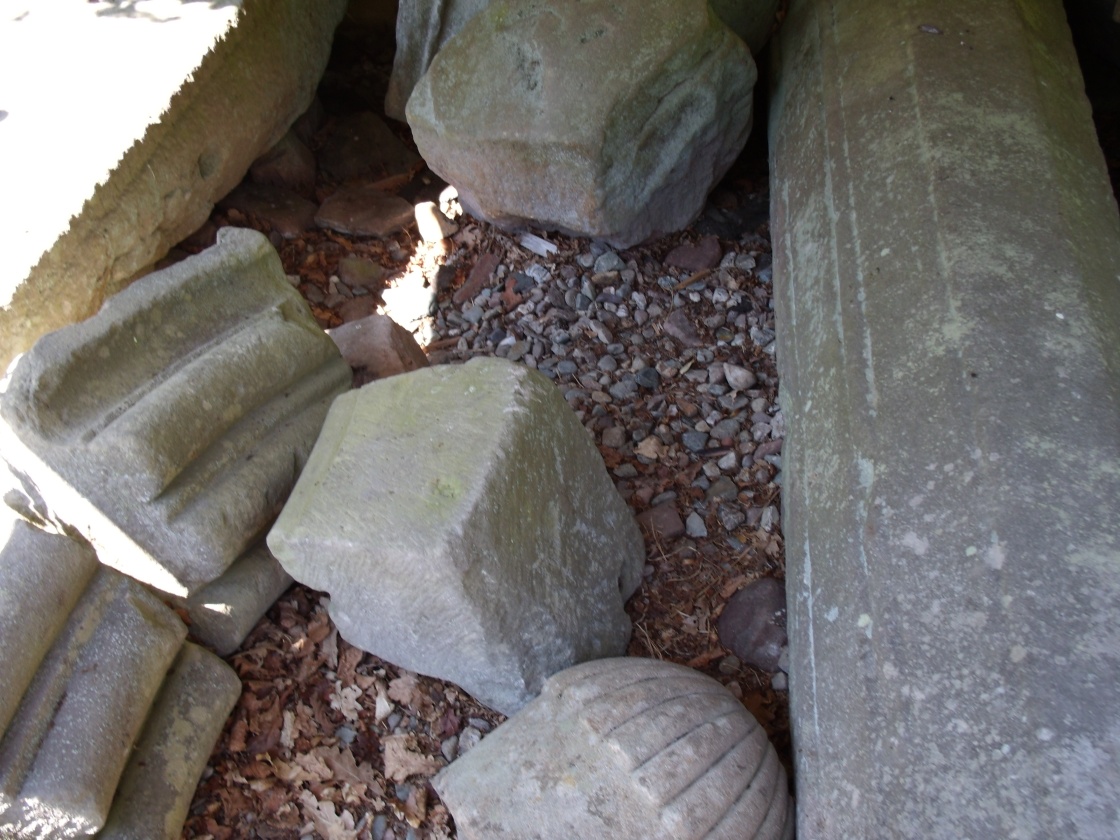 Below are a few photos I took on the return journey down to the Jetty where I boarded the ‘Margaret’, sister to the ‘Lady Jean’ for the return trip to Balmaha.

Note:  Welcome to the updated version of lochsplus.com, ‘In The Steps Of The Old Woman’.

4 thoughts on “In The Steps Of The Old Woman – Inchcailloch, A Journey Back In Time/”